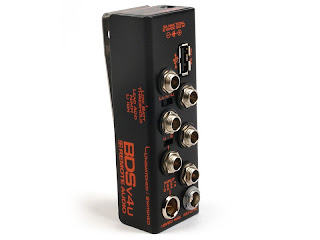 You know it's 2011 when a sound mixer has an iPhone charger built into his/her bag. Remote Audio announced today that the new version of the their battery distribution system, BDSv4U, will have a USB port that meet all standards for charging an iPhone and iPad. Nearly every sound guy has at least some version of this setup, but will they be willing to let you drain some of their valuable juice in your time of need? My suggestion is to be extra nice to your sound mixer next time you're on set, and maybe...just maybe he'll let you. One thing is for sure...that's an extra rental on my invoice :-)