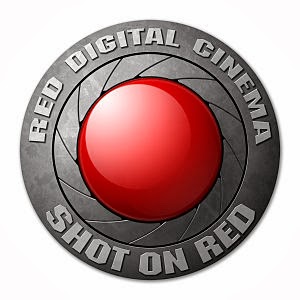 There's a great article going around by Christian Bell over at Raindance.org from a while ago about the tribulations of a sound editor. He goes to great length to give some very valuable information for directors (and many other departments) to enhance the quality of their project. Take my advice...take his advice. This is a must-read for all filmmakers.

You know what marks a film out as amateur more than anything else? Shoddy, shoddy location sound.

I fully understand and have been guilty of this. For a director sound is a difficult thing to get excited about. Every year the industry announces bigger and better cameras promising fantastic, breathtaking HD visuals.

Whilst advances in sound mean that it’s… slightly clearer? Maybe… if you really listen…

However from the moment I became an editor I have been forced to amend my ways. Now whenever I meet a director as they are about to embark on a shoot I drop to my knees and beg them to pour their resources into the sound. Usually to no avail.

Directors, these are the things that make me hate you.

1. Unclean Dialogue
My heart always sinks when I’m sat with a director, looking through rushes in the edit suite and I see something along the lines of the following:
Characters talking in front of traffic, running water, music, crowds and the list goes on.

You can just edit that stuff out right?

But aren’t there filters? Ah yes. Filters. Sure, in some cases you may be able to clean it up a little but it still won’t sound good. Just a different ever so slightly lesser kind of terrible.

And don’t ever say, “We’ll just ADR it”. ADR, unless you have access to the right facilities or really know what you’re doing, should always be an absolute last resort. It’s not just about having the actor spout their lines in time with the picture. You need to get the right sound perspective, you need the right microphone and it needs to match the other elements that you’re not adr-ing. And who are you kidding? You’ll probably be too broke for that stuff anyway come postproduction.

2. Overlapping Sound Effects
Footsteps (high heels in particular) and any objects that your characters may be messing with throughout a scene cause endless headaches in the edit.

You might think that footsteps are ok. You’re going to need the footsteps there eventually anyway, right? So what’s the harm in leaving them in? The harm is, it reduces options. With everything you leave in, it reduces what you are able to do with the mix in post. Artfully applied sponges can be a quick fix here, or laying down a carpet depending where and what you’re shooting. If possible have your actors switch to a different, softer set of shoes for the close ups. If you’re inside it’s as simple as just having your actors remove their shoes.

This same rule applies to all other actions in a scene. If you’re character is doing something out of frame that makes noise, such as making tea, fiddling with a lock or typing on a computer then have them mime it. If I can’t see it, I don’t want to hear it.

On your typical Hollywood movie (and say what you will about them, they always sound awesome) all these sound effects will be added in post. Why? Because maybe you don’t want the door to make that particular kind of creak. Maybe you want the villain’s footsteps to have a more ominous quality. Every sound has a certain character or mood to it. Clever use of sound effects can open up a whole new dimension of creative possibilities and it’s something that new filmmakers often overlook.

Usually this results in me foraging around for the tiny bits of ambience I can lift from in between dialogue. Fun stuff.

What’s an atmos track you ask? Some people call it room tone. It’s a recording of the ambient sound (the Atmosphere) of the location. In editing it is used to patch up gaps in the sound or to hide any undesirable noise.

Read the rest of the article and the other 3 tips on Raindance.org