I've had an NP1 AC Power Adapter from LMC Sound for over a month now and finally had a chance to give my feedback on it. I know I've thought of something like this little unit in the past, as I'm sure most have, but obviously we all failed to bring it to market. Quite simply, the adapter allows you to power your audio bag via AC power instead of draining your precious NP-1 batteries.

The adapter is intended to be used on those long interview days where you're nestled into your little corner of the studio. You know, those days when you have to keep your phone charging all day. Using this adapter allows you to easily power your entire bag, including wireless transmitters and receivers, without unplugging or rerouting a bunch of cables and connectors. However, I have found the it most useful for charging my rig overnight and powering up in the morning to set timecode, name characters, change some freqs, etc. I stopped using the AC power supply for the 788T because it was just too cumbersome to pull out the 4-pin hirose a couple times a day, but this adapter saves me from that chore...and then some. The routing I have my power distro is to use two NP-1s in parallel rather than one for part wireless units and the other for the 788T. This allows me to hot swap NPs without every losing power to the wireless receivers, which is key for my current show that can have sensitive subject matter with real people (not actors). This also allows me to power my entire bag with one NP AC Power Adapter. Your setup may differ slightly from mine. 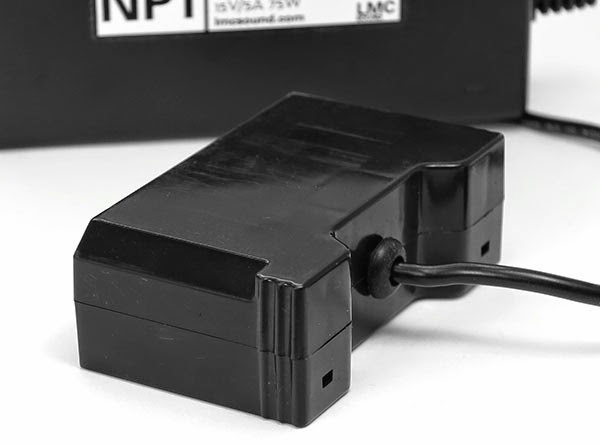 Percy Urgena, founder of LMC and working location sound mixer, explains some circumstances he's used it in. "I use it when I use my rig on a cart in a studio. I just leave the sound rig on and don't have change batteries. I want to save recharging cycles on my lithium batteries, thereby making them last way longer. I had a shoot last year where I worked on a blimp flying across the US for 5 weeks. Sometimes I was not able to go on it due to weight restrictions. I just miked up everybody, hit record and never had to worry about power loss because I plugged into the AC system of the airship. If there is a day when I film a scene that takes 3-4 hours in one location. I just plug my rig in to AC. It saves one extra charging cycle. It all adds up."

The AC delivery is solid, fluctuating only about 1/10th of a volt when turning various powered wireless units on and off. Considering anything you are powering is capable of handling variable DC voltage, this is plenty good. I have several different versions of the Remote Audio BDS as well as a PSC Power Star Mini for battery distribution and the adapter tested fine in all of them. 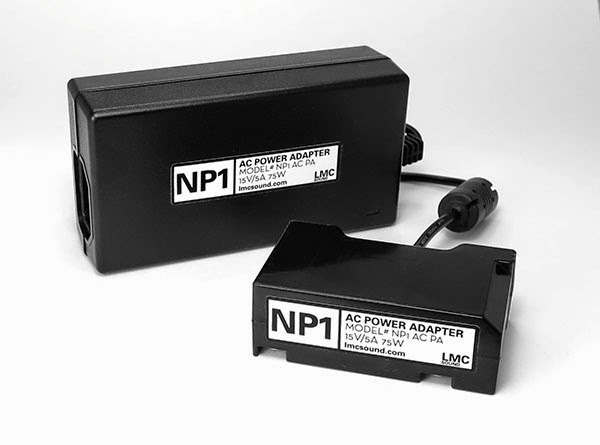 I personally use Remote Audio NP cups in my rigs because they're all I've known and they hold up well, for the most part. In my NP cups, the NP1 AC Power Adapter is actually a little small. It wasn't quite a snug fit as I would've like to have seen, but it still fit ok. I used a rubber band to keep it in the cup as to not fall out. To be fair, even my batteries fit loosely. I even have some moleskin on the inside of the cup to give it a little more tension. I haven't tested the fit on other NP cups, but I feel like mine is looser than others, for some reason. The adapter is ergonomically designed so it can be pulled and inserted with ease. 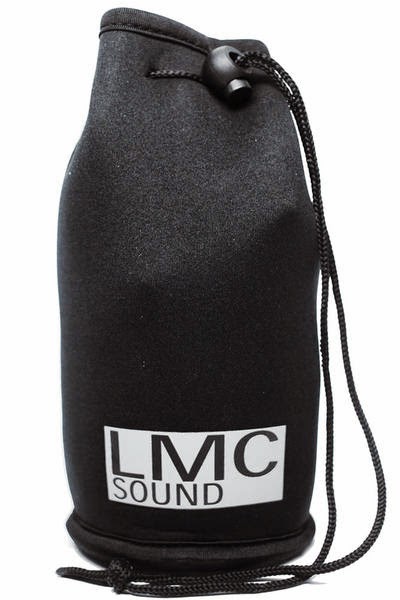 Urgena was also thinking about usage across the world. "The 110-220 volt capacity makes it work in just about any country. The user just has to buy the appropriate plug adapter. Alternatively, they can buy an OSHA cable with the correct plug on it for their country. That's why I chose that particular AC plug configuration...because it is universal."

It comes in a tidy little neoprene case, which is quite nice for packing and traveling. The build quality is sufficiently sturdy. I don't forsee any damage occurring to the adapter, provided TSA doesn't crush it for fun.

Check with your favorite sound shop for an NP1 AC Power Adapter by LMC Sound. It retails for about $135. I now have 3 of them.
Posted by Tyler Faison at 2:55 PM