Lectrosonics R1a #25629, also referred to as "that IFB" by friends and family, passed away suddenly in a tragic drowning accident in the Gulf of Mexico on the morning of April 7, 2015. Number 25629 is remembered for its reliability and toughness in extreme environments. Unfortunately, the tenacious saltwater was ultimately too much for the time-tested piece of equipment. However, it went down doing what it loved best; making TV gold in the warm, open waters of the Gulf. Sound Supervisor Jason Strickhausen recalls the incident; "She was on the dock stepping on the boat and it fell off her hip. The IFB murdering producer's name is Jac!" The alleged killer was seen with a replacement just one day later and is still at large.

Number 25629 was born on September 12, 2012 in Rio Rancho, NM and is survived by its 29 other Block 22 siblings, 5 T4 transmitters and 3 LMa transmitters. It has worked all over the contiguous United States since entering this world. From Hollywood, FL to Hollywood, CA, Number 25629 will be missed by at least two or three people, namely its fathers, Jack Cline and Tyler Faison. Lest we forget.

Tragedies like this can be prevented. When a piece of gear is taken from us at such a young age, it brings to light the harsh realities of an age where shows are made without regard to the life of electronics. Please, folks, hold on to your damn IFB! 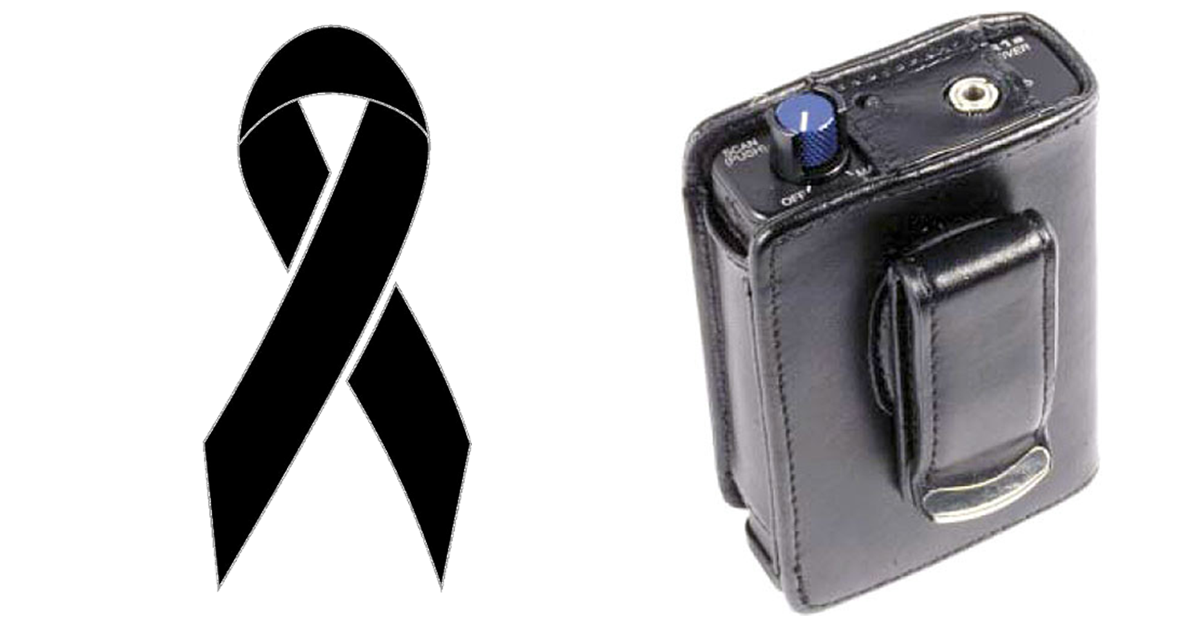